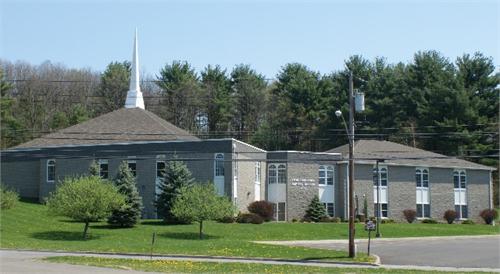 I’m Joe Underwood from Grace Point Church in Vestal, NY. For over 17 years, our church has supported a young man from Uganda. As you read his story, would you consider helping us as he takes the next step in his adventure?

Apollo Taremwa’s life is a story of investment. It begins in 2000 when a youth group at Grace Point Church (then Twin Orchards Baptist Church) picked his name at random from a pile of Compassion International cards at a Christian concert in Elmira, New York. Apollo was only 7 years old, living in Uganda with his family, and the youth group’s financial support brought him nutrition, health care, and education. But it was the relationships that made the most significant impact. Exchanging letters with the youth group as well as other church members like myself and Dan Gill, Apollo met Jesus and was introduced to God’s Word.

Those relationships grew and bore still more fruit when the Underwoods encouraged Apollo to seek a college education in Uganda. He completed a degree at Makerere University in Uganda’s capital city, Kampala. But a pivotal moment came when Wayne Lewis at Word of Life in New York teamed up with the Underwoods, David Kiribira, and Thomas O’Bunde to encourage Apollo to attend Word of Life Bible Institute when it opened in Uganda. Just as Apollo graduated from the University, David Kiribira sought him out to enroll in the first classes Word of Life held in Kampala, with all his bills paid.

At Word of Life, Apollo developed a grounding in the Word of God and a deepened relationship with God. The faculty at Word of Life, along with people like the Underwoods and the Gills at Grace Point who studied and discussed the Bible with Apollo, continued to support and encourage him in his faith. When he completed his education there, he met some others through the Grace Point community whose faithfulness led to a key decision in Apollo’s life. Through Mark Winheld’s book Open the Sky, Apollo discovered Dwayne King’s mission aviation program at Kingdom Air Ranch in Alaska. Dwayne invited Apollo to come to Alaska and learn how to become a missionary pilot.

All of these people have made investments in Apollo, and it has borne fruit. Apollo sensed God’s call to mission aviation and moved close to Entebbe Airport near Kampala, where he served with Mission Aviation Fellowship. He took every opportunity to volunteer by cleaning floors, washing planes, and occasionally flying on missions supply trips with MAF pilots into remote parts of Uganda. He studied and passed his US Private Pilot online practice written exam and is now working with the embassy to secure permission to come to the United States where he will be studying for his two-year Associate’s degree in Bible at Alaska Bible College. During his time in school he will also begin his aviation training under the mentoring of Kingdom Air Corps.

Apollo’s flight training is a culmination of years of relationship and investment by the Grace Point family. Would you consider helping Apollo by contributing to his call to become a missionary bush pilot, so that he, in turn, can share the riches of God’s love with others? You can help by praying for him as he studies and prepares for a future in missions aviation. You could also consider contributing funds, as costs of travel, education, and flight training will reach over $56,000. Apollo’s story testifies to the longstanding commitment of Grace Point church members, and we would love to continue playing a part as he rises to the challenge of studying for his Associate's degree and to God’s call to mission aviation.

Here is a video of Apollo testifying to the goodness of the Lord Jesus Christ and telling us of his dream to become a missionary pilot. In this video Apollo refers to me as "Dad" and my wife, Deb, as "Mom". (Also, just days before making this video Apollo was a passenger on a motorcycle taxi in Kampala which was struck by another taxi. That is how his face was wounded.)

Here is a video about Kingdom Air Corps in Alaska, the place where Apollo hopes to go learn about being a missionary pilot while he attends Alaska Bible College.

In order to meet the IRS requirements and qualify as a tax deductible donation, Grace Point Church retains control and administration of your donation. We strive for financial integrity and will honor the preference you have made by donating to this WayGiver fundraiser.