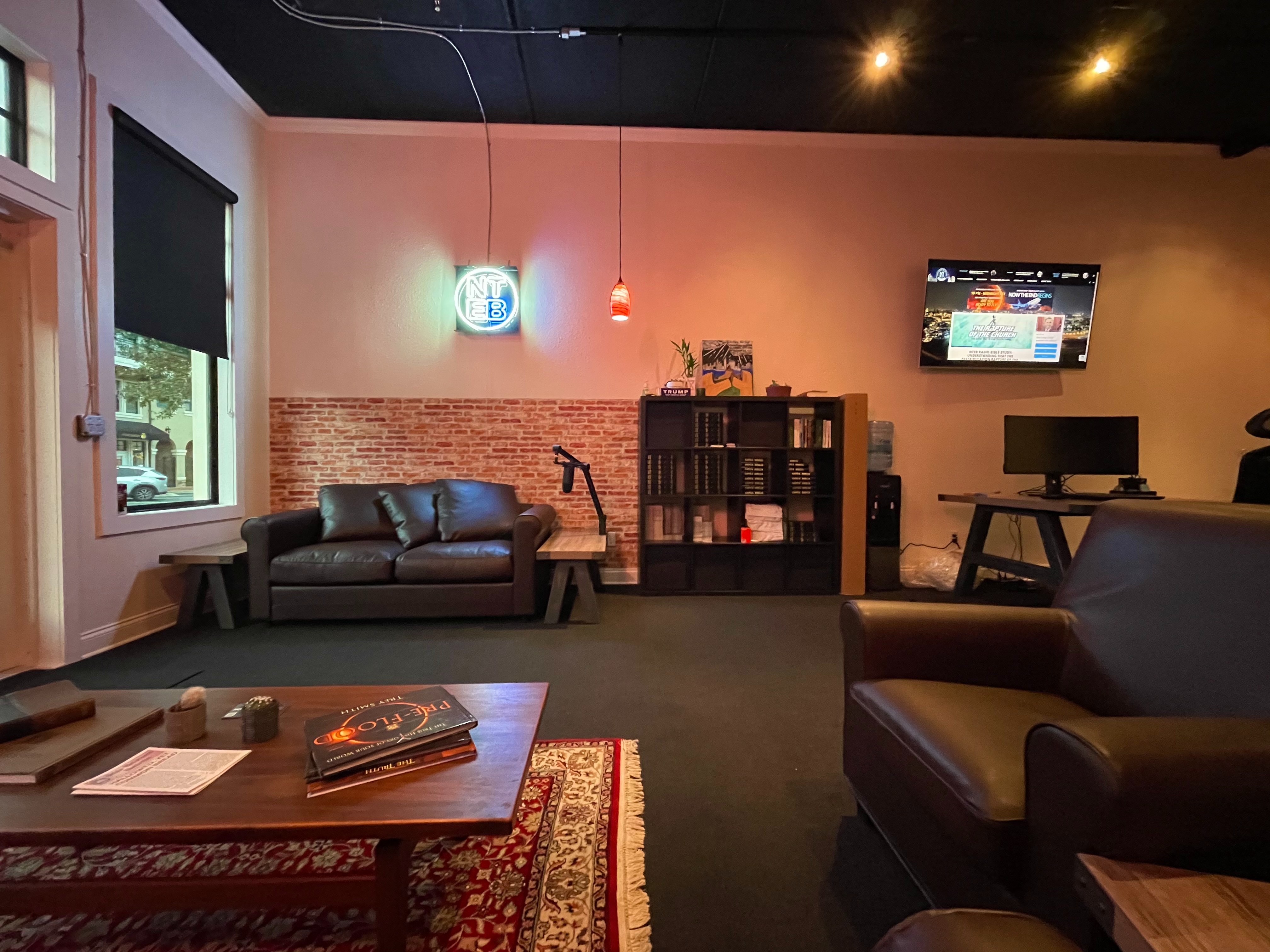 Now The End Begins is a King James Bible gospel ministry in operation since 2009, and our mission is to preach and teach the gospel of the grace of God around the world. The money you give helps to support our podcast and content creation studio that produces cutting-edge bible teaching and prophetical content. NTEB supports dozens of foreign missionaries by sending them full King James Bibles tracts and scripture portions for their work on the mission field.

"But none of these things move me, neither count I my life dear unto myself, so that I might finish my course with joy, and the ministry, which I have received of the Lord Jesus, to testify the gospel of the grace of God." Acts 20:24 (KJB)

Your donations help make all of these outreaches possible, and not only that, when you donate to NTEB you are supporting things like our Free King James Bible and Gospel Tract Program that puts bibles and tracts into the hands of believers who need them but cannot afford them. How exciting is that? We send them out completely free of charge, including shipping, because people like you donate.

The more you give, the more we can do! Thank you all so very much.

The war is real, the battle hot and the time is short...to the FIGHT!!!

Our Free Bible Program has just given birth to the NTEB Bibles Behind Bars Program where we will work with jails and prisons across America to get Bibles into those dark places.

When you donate to the ministry of Now The End Begins, you give us the resources we need to do things like the Bibles Behind Bars Program, the Gospel Billboard Outreach, the Free Bible and Gospel Tract Program, and all the other aspects of this ministry. Because of your faithful prayers and financial support, we are able to operate on a level like this, impacting the lives of untold tens of thousands of souls for the Lord Jesus Christ. Ask the Lord if you should support our efforts, and if He says yes, give as you have been prospered. The more you give, the more we will do. I am so excited for this new phase of ministry, thrilled for all of us to be taking this journey together.

The war is REAL, the battle HOT and the time is SHORT... TO THE FIGHT!!!

IT’S OFFICIAL: ONE MILLION NTEB GOSPEL TRACTS HAVE BEEN DISTRIBUTED AROUND THE WORLD AS WE CELEBRATE THE 6TH ANNIVERSARY SINCE TRACT WAS CREATED

We have been working so hard lately to open the new NTEB Bible Believers Bookstore, it’s beyond thrilling to watch and great progress is being made. I looked at the calendar just now and realized that this week is the official 6-year anniversary of our NTEB Gospel Tract that has gone out around the world, witnessing to a lost and dying world. We also just passed another major milestone as well, over one million gospel tracts have been handed out!

“Because I will publish the name of the LORD: ascribe ye greatness unto our God. He is the Rock, his work is perfect: for all his ways are judgment: a God of truth and without iniquity, just and right is he.” Deuteronomy 32:3,4 (KJB)

To date, over one million of our King James Bible gospel tracts have been either sold, handed out during street preaching, or given away at no charge with our Free King James Bible and Gospel Tract Program. My inbox is filled with emails from bible believers around the thanking us for producing our tracts, and sharing their stories of how they are witnessing to the lost in countries where they live. We may live in the Laodicean church age, but here at NTEB we are having revival and experiencing a harvest of souls for the Lord.