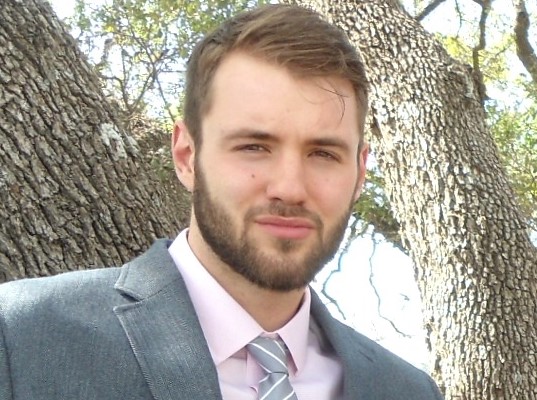 This fundraiser (original text from a 2016 fundraising campaign) is an effort by friends of the Chapman family, John and Sara, to aid in medical treatments for their 23-year-old son, Colten, who is struggling with a complex series of diseases that were diagnosed after over ten years of declining health. Cole suffers from Mold Biotoxin Illness and Neuroborreliosis/MSIDS (Multiple Systematic Infectious Disease Syndrome) – which has been popularized under the name “Chronic Lyme Disease.”

Beginning in his early teenage years, Cole began experiencing bizarre and seemingly unrelated symptoms that intensified with each year that passed. He was plagued with severe joint pain, fatigue, digestive difficulties, trouble sleeping, problems with concentration, extreme forgetfulness, depression, heart palpitations, chest pains, sensations of electric shock, episodes of blindness, and more. Cole entered high school and rose to prominence as a star athlete in the town of Stuart, Oklahoma, where he was raised and where the Chapman family still resides. As a high-profile Basketball and Baseball player, he feared being ridiculed for calling attention to his symptoms when he had been told he was perfectly healthy. Though his symptoms grew more severe with each month that passed and interfered with every aspect of his life, he spoke little of them and pressed on in pursuit of athletic greatness. He graduated in 2011 as the most decorated male Basketball player in his school's history and one of the best in the state of Oklahoma, but behind the scenes Cole was waging a private war against a devastating series of illnesses that were destroying his body.

Since early 2013, Cole and his family have been on a journey to solve the puzzle of his ill health. It has been grueling physically, mentally, emotionally, and financially, with many dead ends and dark days fearing that Cole would die. Cole and his family continued to search for answers until they crossed paths with a physician who recognized his symptoms, and Cole was diagnosed in 2013 with an active Lyme Disease infection.  However, the recommended CDC treatments were ineffective and the Chapman’s fear of his death peaked in early 2015 when Cole again began losing drastic amounts of weight, his skin turned a sickly yellow-green, his hair began falling out, and he found himself unable to walk correctly. His heart palpitations intensified to the point that he was hospitalized.

It was only in late 2015 that a full diagnosis was finally obtained as to the proximate cause of his ailments: Cole possesses a very rare genetic defect that leaves his body unable to mount an immune response to mycotoxins. Due to Cole's genetic hypersensitivity to mycotoxins, the mold that had entered his body caused full-body inflammation, brain damage, and immune system dysfunction. Cole was also infected with numerous other Tick-borne diseases that took advantage of his weak immune system and spread throughout his body, including Mycoplasmosis (related to Gulf War Syndrome), Bartonellosis (a relative of Cat Scratch Disease, Trench Fever, and Carrion's Disease), Babesiosis (a relative of Malaria), Eherlichiosis, numerous viruses, intracellular parasites, intestinal worms and yeast infections that he has carried with him for the majority of his life. Each is a difficult challenge on its own and require unpleasant and costly treatment, but added together and given years to colonize inside a host, the result is “Chronic Lyme Disease”, and is absolutely devastating.

Cole continues to struggle with intense physical pain, digestive difficulties, extreme weight loss, seizures, and recurring episodes of blindness, experiences extreme short-term memory loss, and severe cognitive impairment. Thankfully, with dedication and hard work, these problems can be repaired, and Cole is adamant that he will continue to work every single day to achieve the dream of regaining his health. He longs to return to normal life and fulfill his career goals, but he must first reclaim his health through a long and very challenging process of reversing the damage inflicted on his body by over ten years of chronic illness.

After living in complete isolation for nearly three years to allow his immune system to recover and begin to function properly again, Cole moved out of isolation in April of 2018 and was able to integrate himself back into the general population.  However, a devastating setback occurred in 2020 when Cole was diagnosed with American Trypanosoma Disease, which is now in addition to all other chronic illnesses. The ATD is currently being treated with extremely high doses of Liposomal Vitamin C, intravenous Vitamin C treatments, UV blood irradiation treatments, very high doses of Resveritrol, and other highly specialized medical treatments.

The goal of this campaign is to continue to raise funds for now 29-year-old Cole and the Chapman family to offset the massive monthly medical expenses and also to raise enough money for Cole and Sara to travel to Reno NV for an extended period of time to receive highly specialized medical treatments from Cole’s primary physician, Dr. Michael Gerber, who has a comprehensive medical plan in place that he is ready to implement to address Cole’s myriad of ailments once all funding goals are reached. Any amount contributed, large or small, will greatly assist the Chapman family and is humbly appreciated.